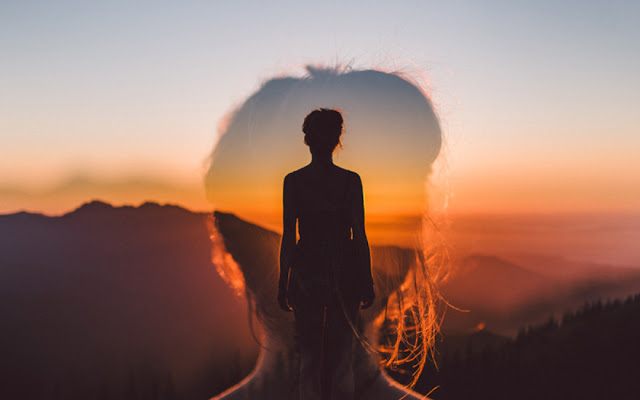 Today I am writing a bit of prose for a wonderful new prompt over at Poets United: Telling Tales with Magaly Guerrero a Pantry of Prose # 1.  This prompt will post on the first Sunday of every month, and Magaly wants us to put our prose on.  We always have until Tuesday evening, so come join us!

It was cold on earth where Willa waited for her next assignment.  Harold a Caucasian male with 46 earth years, was due to arrive any minute.  He had been in a coma for weeks from head trauma from a beating he endured in an alley way, but his time to enter the new realm was today.
Being a soul greeter was an important and delicate responsibility.  Willa in all her smallness of spirit had been holding this great task for centuries, and at times it could seem overwhelming.
Her last greeting was a lady named Loraine who was a lonely soul with no family and her story was a sad one.  She had become a hoarder; keeping everything her hands touched.   Ironically, she had died from a fire in the night, trying to re-enter the home to salvage everything she felt she could not live without.  It took quite a while before she was ready to move on to the other side.

As Willa thought of  Loraine she could see Harold edging before her.    He was a mirror image of his former body, yet different, he appeared before her in all his knowing and confusion wrapped together like braided hairs.  Harold had been a homeless man with nothing to his name including respect.  In the hospital he had been John Doe # 37, but now his identity was known.  Harold L. Bowers, son of a senator, oldest brother, and a man who had been a lawyer before he lost everything to addiction.

“Greetings Harold”, she said as she reached out her spirit toward his.  He fell into her like a weary man plopping into the most comfortable chair he had ever known.  Willa’s spirit smiled.  Most soul’s wanted to go back, and could not bear to leave behind all they had known, but not Harold.  Willa found that greeting souls was always a lesson in some way for the new arrival, but today the lesson was hers to hold.

Click HERE to see the poem that inspired it.

Mary said…
Carrie, I really enjoyed your story. Poignant and unique. Loraine is an interesting character. How sad that a hoarder would have lived if she had not gone back in to try to salvage some of her 'treasures.'

And Harold - it seems that his father had denied him in birth, and it sounds as if his life didn't improve.. At last he was at a place where he could be comfortable and have, at last, a home & hopefully, worth!
March 4, 2019 at 4:02 PM

Sherry Blue Sky said…
WOW! What an original perspective, and one I absolutely love. A soul-greeter would be a wonderful thing to be. I really loved this, Carrie. And a great lesson in the two arriving souls, as well.
March 4, 2019 at 4:28 PM

Magaly Guerrero said…
Harold's end makes me feel happy and sad at the same time. To have lost everything like that... But is good that he finally got some rest. And that the way to this rest added to Willa's experience in such a way.
March 4, 2019 at 7:34 PM

Sumana Roy said…
How wonderfully you've created these characters! I really felt sorry for Loraine. Snapping off all attachment is this difficult. What a disaster this earthly end is for her! Love this unique theme.
March 4, 2019 at 9:51 PM

Susie Clevenger said…
A soul greeter, you'd think she had seen it all, but it proves there is always something to learn. This story made me cry and smile. I like stories that engage my "feels." :)
March 4, 2019 at 10:30 PM

Rommy said…
This was so sweet and engaging. I agree, you got in some nice character descriptions within the confines of the challenge. And most of all, you got us to care about them.
March 5, 2019 at 4:45 AM

Magic Love Crow said…
Thank you for coming by my blog! Nice to meet you!
This was a beautiful read! The ending was happy and sad! Great characters!
March 11, 2019 at 4:55 PM 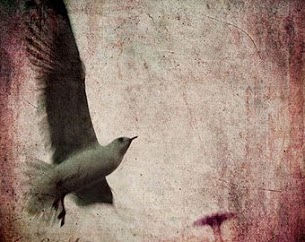 One Blog is Never Enough

Welcome to my blog "What a Seagull Never Told You".  It got it's name from a poem I wrote many years ago about looking at the world and life's situations through the eyes of an animal and it's ways of living on this planet.  When I started my first blog I was excited to have a way to share my writing with someone other than my very close friends.  After having it for less than a year I found myself yearning to have another one for more ideas and more posts.  So the next thing I knew I had 3 blogs.  If you click on this link to go to my other blog "Dancing With Elephants".  I don't really have some magnificent reason for wanting 3 blogs other than the simple fact that "one blog is never enough". Thank you for stopping by. 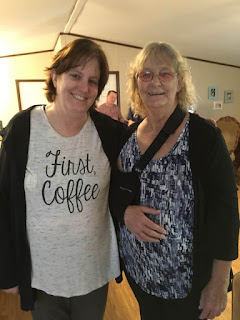 Linda and me Christmas 2017
Call it a clan, call it a network, call it a tribe, call it a family. Whatever you call it, whoever you are, you need one. ~Jane Howard
When I first met my first husband’s ex-wife, Linda Keen Thackeray, one could say the whole situation was quite complicated.These kinds of meetings are always awkward, filled with preconceived ideas, and hard feelings.No one is enthused to meet their ex’s new love interest.It was awkward, and it did not get off to a perfect start, but in essence it was not all that complicated, in fact it was quite simple.It was the beginning of one of the most important relationships of my life.
Once we got past the initial first couple of meetings, we gradually developed a friendship.When she would bring the kids for the weekend, since we did not have a car at the time, she would take me to the store, and we would discuss our mutual friend; her ex, my boyfriend.It always led to some laughter, and quite a few “Oh yes, I know exactly what yo… 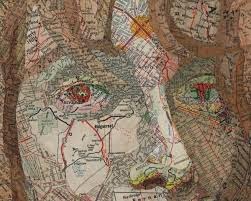 Places We Have Never Been

Photo Credit
﻿Linking with Imaginary Gardens "The Tuesday Platform"
There is an eternal landscape, a geography of the soul; we search for its outlines all our lives. ~Josephine Hart